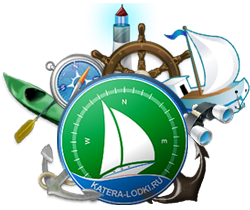 The driver of the air-cushion craft “Pegas” is supposed to learn the information contained in this passport, to have finished a driving course and have a driving permit. They are to be able to swim and render first-aid service.

During exploitation it is obligatory to have the following devices on board:

NB! Embarkation/debarkation is allowed only when the engine is off and the propeller stops completely. The air-cushion craft is not allowed to drive with open cabin doors and hood.

NB! The ventilator is considered to be highly dangerous. Pay attention to the blades and hub to work well and vibration when the engine is on.

Start of the air-cushion craft

Start of the air-cushion craft means: start of the engine, build up the air cushion, switch to 'hover' regime; set off. The surface relief of the start of the craft should provide its proper bearing of flexible protection elements. The startup becomes difficult when there are big gaps.

The air-cushion craft is a special transport means combining unique properties of airplane, ship and car. That's why special driving techniques should be worked out. When the air cushion moves, friction between flexible protection and the surface is minimum and can hardly stem the craft.

Travel on different types of surface

Travel on water: at a wave 0,4-0,5 m high and less than 10m long the craft is recommended to move along the wave in order to protect the airline and ventilator from water; at  a wave higher than 0,5m it is necessary to lower the speed, hover keeping the air cushion and eliminating water getting into the ventilator and come onto calm water; the craft needs a long time to start from water so that the air given by the ventilator could force the water out of the bag skirt.

The craft is equipped with navigation lights system which is controlled from the console.

Technical service provides normal exploitation, maintains life according to the established requirements and technical state when parked (stored) long. Life of the aerojeep is determined by the condition of its construction and the systems. The craft does not have fixed technical resources, so it is used according to its condition, i.e. the hull, flexible skirt, all the systems are checked to work well and all needed services are done to maintain the in-service condition.

Care after the air-cushion craft

Before using any cleanser or any new way of repair, try them on an inobservable part of the hull in order to make sure the result will be positive. Further >>>